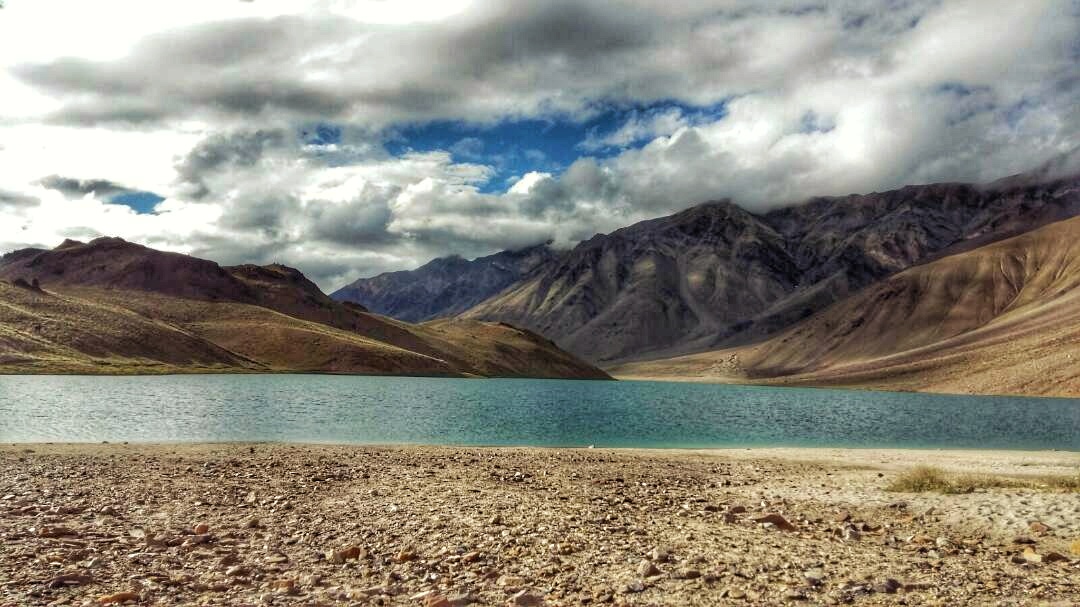 The extra day at Kaza went in lazing around, chilling at the cafe and strolling on the streets. Very next morning we were headed to Chandratal. We did an advance booking for the tent at Chandratal.
(It goes till 2 degree in the night there, this gave me shiver and I made sure I bought the hand woven socks and gloves. Yes even in the month of August).

It was a very smooth drive , crossed “Losar”, another village of interest for travelers, with a beautiful background. We halted in between to have Maggie.
The deroute from the highway is where the difficult ride began. Most of the year this area is covered in heavy snow, thus there is no way the roads can stay intact. There were steep uphill where all the passengers except the driver ofcourse had to get off .

And after  4hr of drive we reached the camp site, which are setup 2km before the lake. 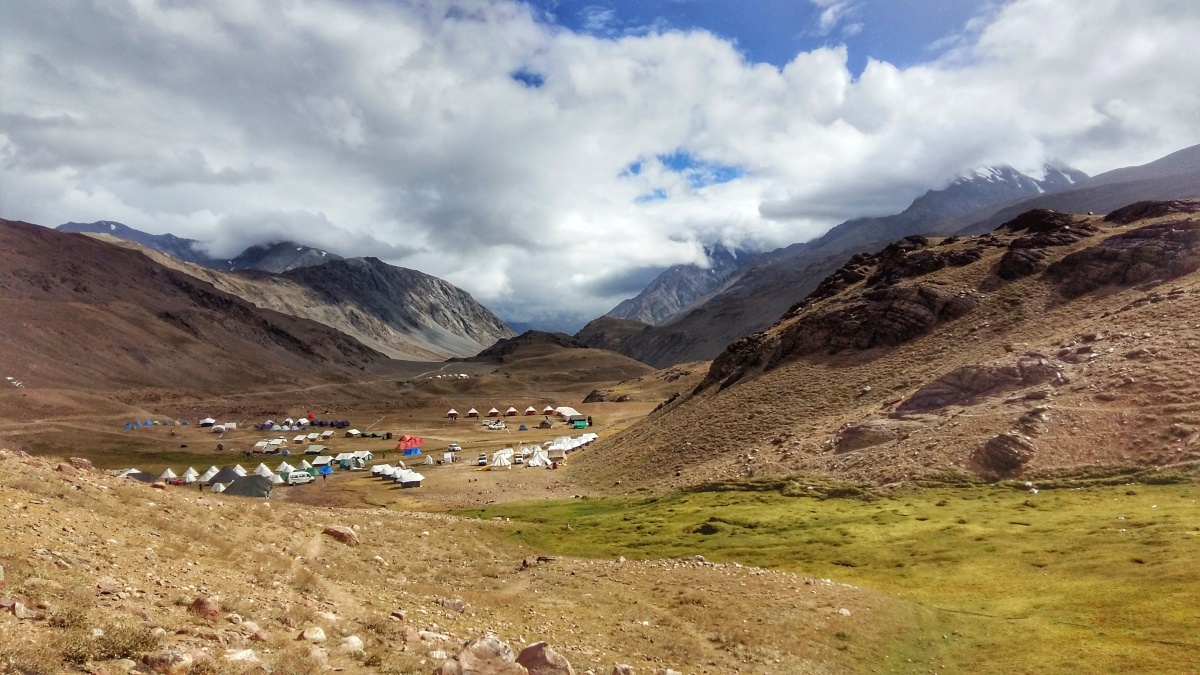 There are options or Swiss tents but as we were on budget trip we went for basic ones. 7 tents and only one WC to share with no water supply. I avoided drinkint water so I don’t have to use the loo.

Wrapping myself in woollens and my walking shoes, I was ready to take the 2km trek from the campsite to the lake. There is also a partial motorable way but I chose the difficult but the adventurous path.

The initial climb was steep and I had to stop after every 10 min to catch a breath (also because the altitude made the oxygen level low). Not that I was in a very good shape.

We met two Shepherds with their herd , they were the only source of direction to us. Both of them said the same thing “go right don’t take the left”. 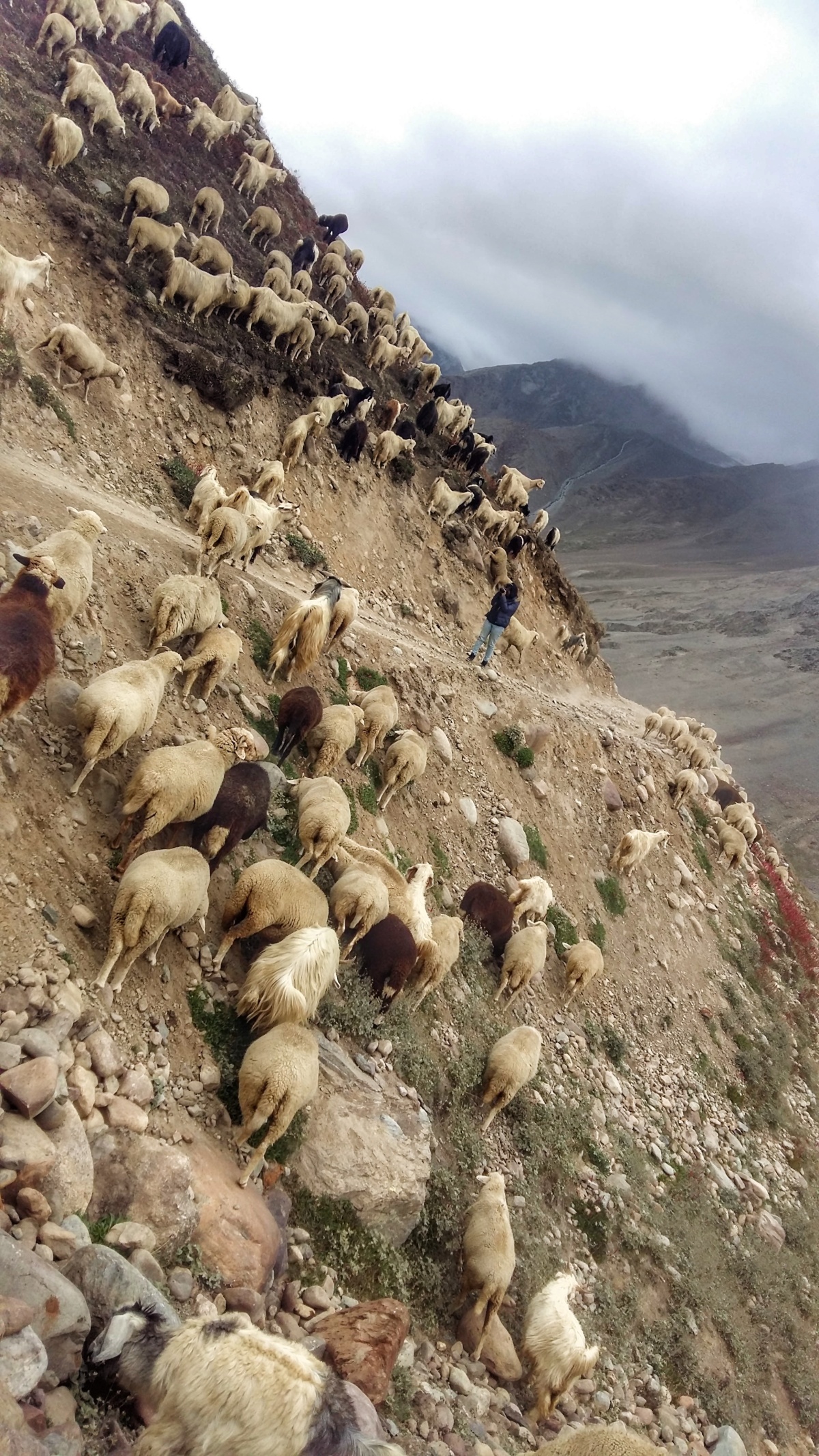 After 2 hrs of trek I could see the calm blue water stretched amongst the red/brown dry mountains. It was a serene sight, I could have sat there the whole evening introspecting.

But soon the Serenity changed to a tourist spot coz a herd of tourist flocked there clicking selfies. Such a spoiler. Human is the one who destroys nature and the day will come when nature will destroy human.

And we headed back. I was sweating but still freezing, my body was confused. The gushing wind made it worse. We took the motorable way back. I was so exhausted, that’s when I heard some bikers going the same direction. It was offroading. But we took the risk and climbed on the bikes. My  co-rider was a girl riding a Royal Enfield. There came a turn with a descent and she got disbalanced and we were on the road with the bike on my left leg. But I managed to escape serious wounds and planned to walk down.

On the camp the caretaker had cooked rice, dal and some vegetables. The wind was very strong and it was freezing outside. We sat in his kitchen tent near the cooking gas and ate our food.

In the night the temperature dropped and the wind stopped. I had one quilt below and 3 quilts over me. I was unable to decide is breathing important or staying warm.

Morning sky was clear blue and it snowed at one of the peaks. I had realised that these experiences are rare but camping at this height is not my cup of tea. 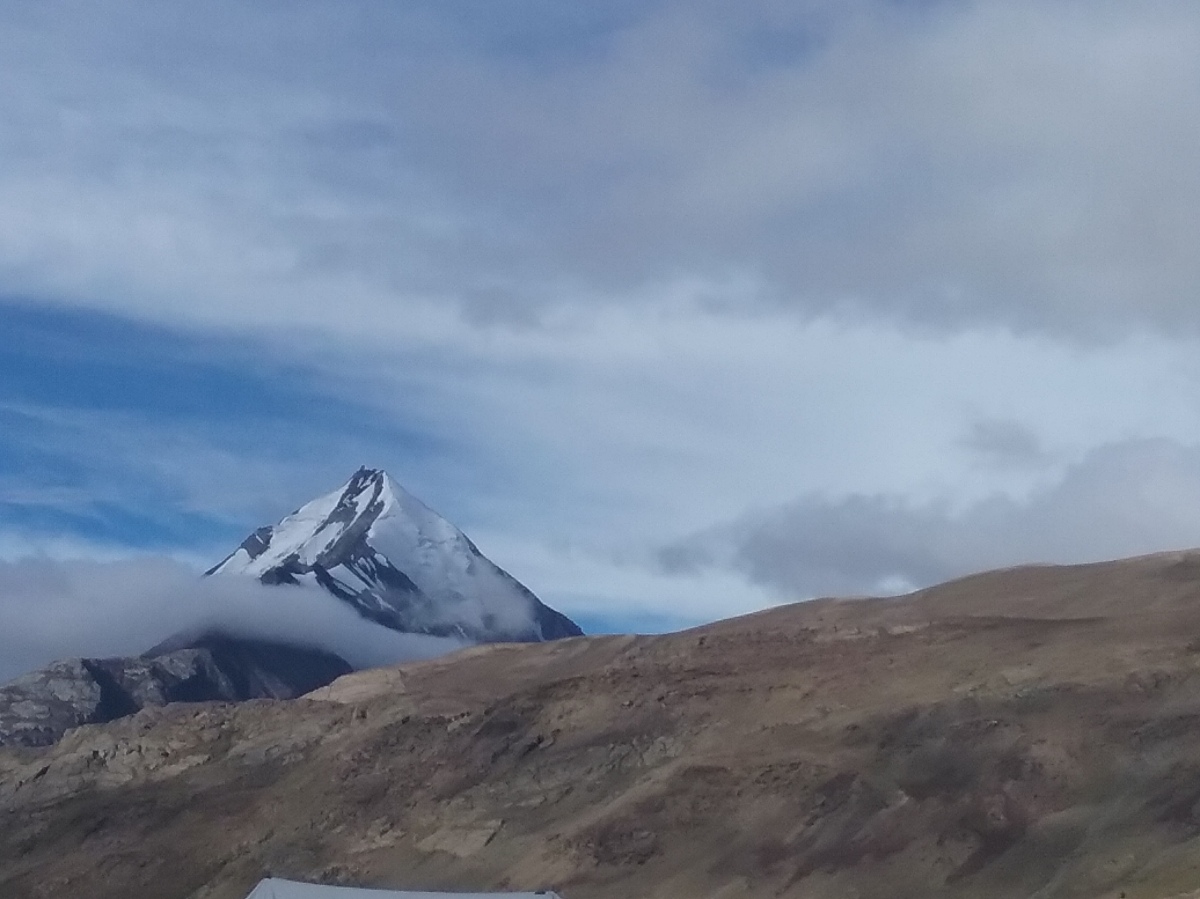 Soon we started towards Manali. The road was terrible because of the rains that  it took us 8hrs to cover a 120km distance.

But I was so relaxed to be back to Manali.